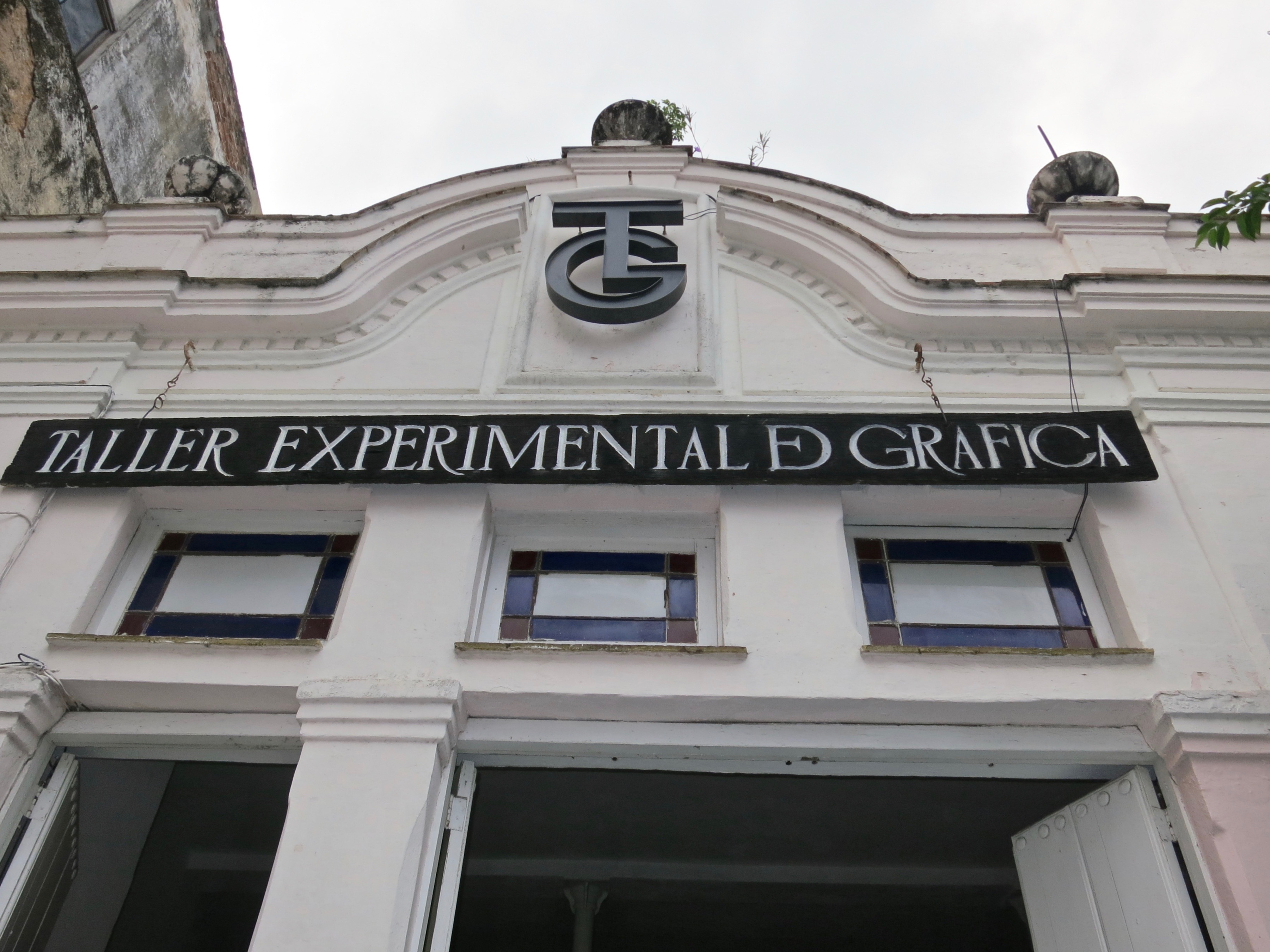 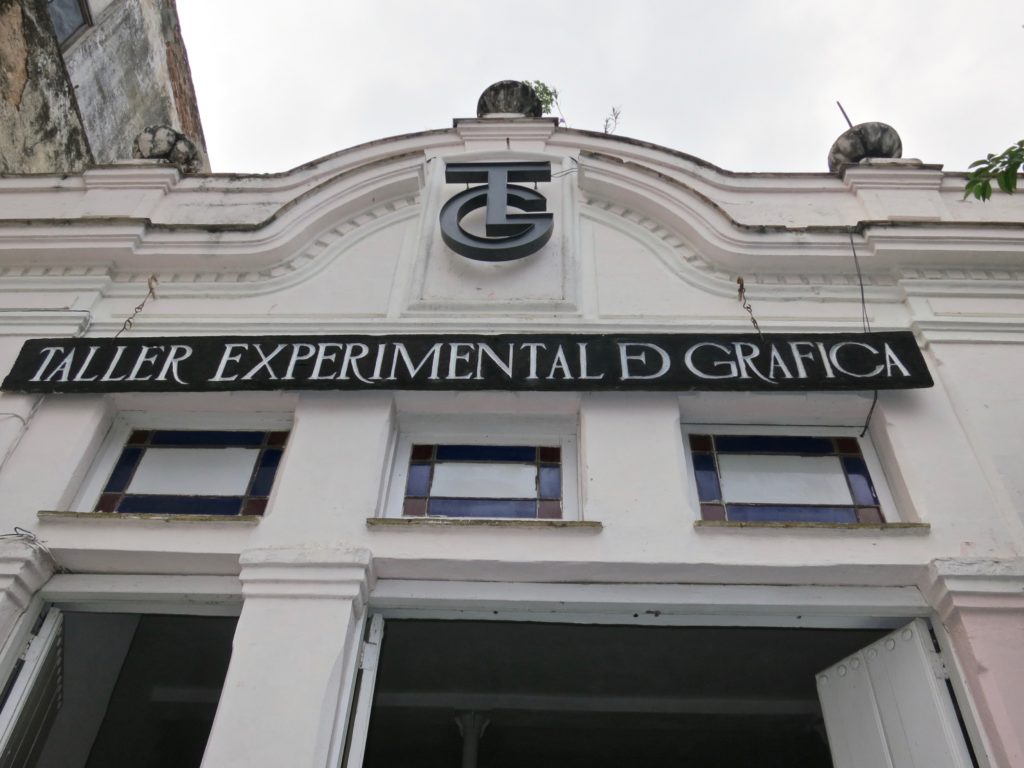 In the itineraries through Havana, there is always a stop in the Havana Cathedral Square. The magnetism of the historical center of the city, because of the paradigmatic architectural values of the American Baroque, another attractive is particularly the interest of the public space surrounded of institutions related with the cultural and social life of Cuba at present time.

To understand the former statement it is necessary to transcend the regular routines of the tourist walks; to go beyond the disposition to order a Hemingway mojito in Bodeguita del Medio, or to capture pictures of the women that show traditional scenes of the colonial times, or to listen to the traditional melodies of a musical group in the arcades of the House of the Marquis of Aguas Claras, reconverted in a restaurant, or to sit down in the atrium of the main church to watch people’s bustling traffic all day long..

It is necessary to go into the mysteries of the cathedral stone, in the revelations of the columns and the rounded arcs of the adjoining constructions and to travel in time to the past by means of the illustrations by the European artists that fixed the atmosphere and the colors of the place in the XIX century.

Maybe it would be good to read “The city of the columns”, the brief and lucid essay dedicated to that area of the city by the Cuban writer Alejo Carpentier. Or to search in video libraries the conferences that the historian Eusebio Leal has dedicated to explain the cultural scheme of our interest, since he is the most important driver of the restoration of the historical center of Havana,.

The area is called that name because there ended the Zanja Real, the old aqueduct of Havana in its first times. It brought the water from the river La Chorrera, now Almendares, to the village. In the corner a tablet is conserved like a testimony that shows the following inscription: This water was brought by Field Master Juan de Tejeda in 1592. At the end of the small street we can find the Experimental Graphic Workshop of Havana (Taller Experimental de la Gráfica – TEGH) at the Cathedral Square 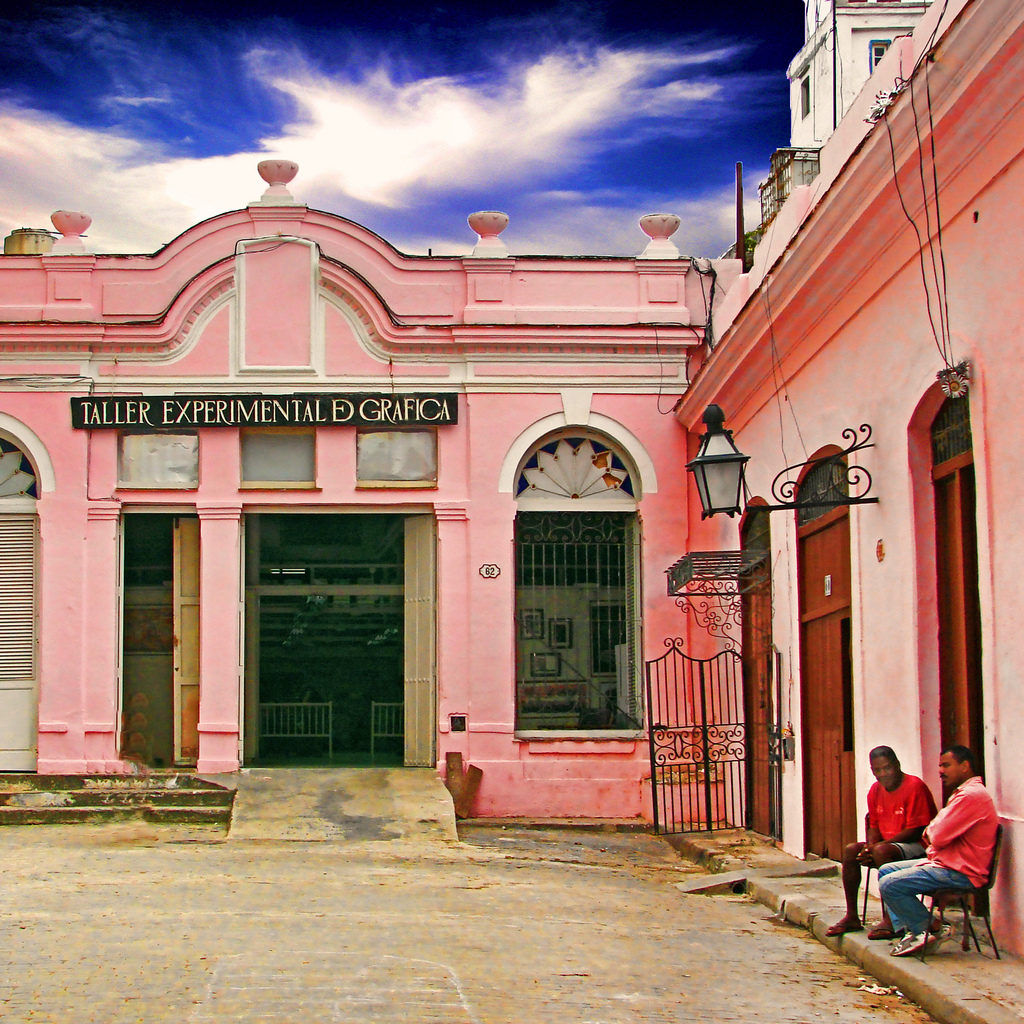 The Experimental Graphic Workshop of Havana was founded on July 30, 1962. Their founders enabled a lithographic workshop starting from the recycling of stones and impression machines, discarded by the old Lithographic Company of Havana, dedicated to make the labels and seals for Cuban cigars. Those labels and seals, themselves, have an intrinsic artistic value. Before residing in the Callejón del Chorro. The Workshop started to work in the same square, partly of what was the House of the Marquis de Arcos. This new location dates of 1980.

Those founders intended to project engraving as an artistic gender with its own entity, from their expressive possibilities and potentialities to multiply a visual testimony.

At first, the lithographic technique prevailed, as expected. Under the leadership of José Contino, the pretenses were bounded to the rescue of the lithographic traditions. The mural painter Orlando Suárez, together with Chilean painter José Venturelli, encouraged the idea. The founding group included only about ten artists and had the technical experience of the Master lithographers Amable Mouriño and Israel de la Hoya.

The few artists that joined at the beginning did it just for curiosity. However, in a short time they were caught by the mystery of engraving and the group of regular artists coming to the workshop increased at the same time with new and higher editions of lithographs, more and more original, and other graphic procedures were then introduced that made the expectations even higher.

At the moment, the Experimental Graphic Workshop has a hall for printings that has enough space for more than ten presses in use, besides it has its own Gallery and a Cabinet of Prints where its first lithographs to the most recent ones are preserved. From lithography, also chalcography, xylography and monotype have been included, this is, and the possibilities to stamp visual works have increased. 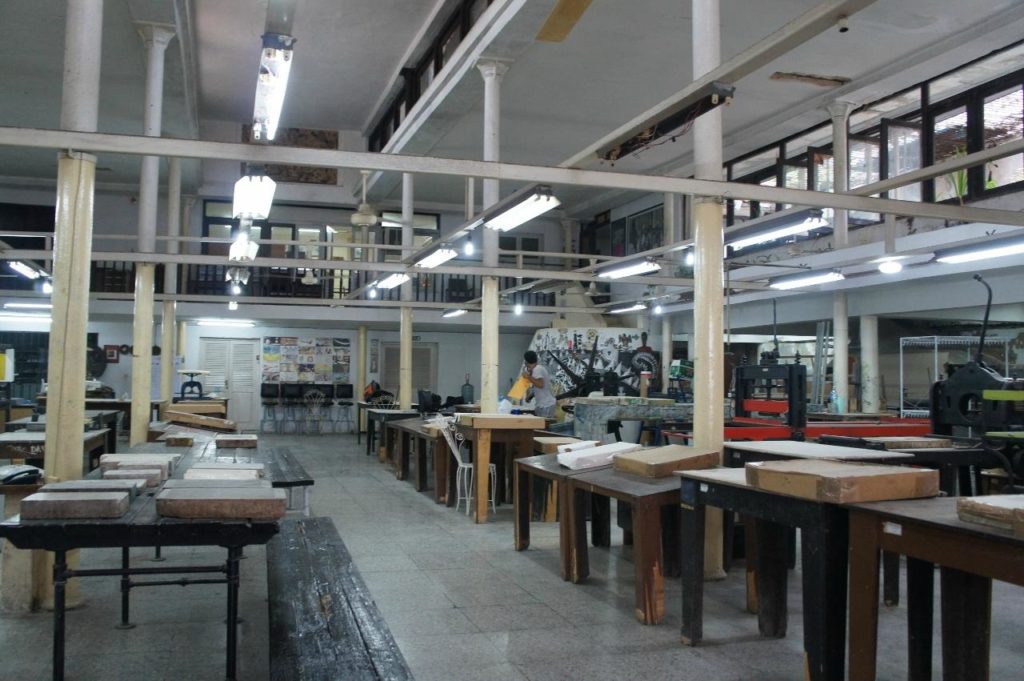 Cuban graph has had to conquer prejudices and the contribution of Experimental Workshop of Graph has played an important role. Although the certificates of authenticity or the limited editions exist and many techniques of engraving have been the first steps toward the fame of many artists in all times, the certainty of possessing a multiple original is not always as gratifying as to acquire a unique piece.

The hierarchy of the work valued in a considerable amount of money, according to the nature of the technique or to their author’s recognition has caused the touch on many kinds in the graphic arts. In the contemporary art, not a few people mistrust the works that can be multiplied. This alternative whose positive or negative opinions could be studied in many creators, it is summarized and allegorically managed by the artist and engraver Orlando Montalván: “When an individual buys a good book, that same copy is, for its printing procedure, just another copy among the thousands of copies made of the book, however that doesn’t change its price, or its symbolic value”

The critic of art Onedys Calvo, current Directress of Palacio del Segundo Cabo, who is a specialist on the study and curator of exhibitions of engravings, explains: “The kind of a work that can be reproduced is many times complicated, because mainly regarding marketing, the collectors and other people that could be interested in acquiring the work have the traditional concept related with the unique piece. Then people tend to demerit the other works that have the possibility of a diverse number of editions. So, at present people should value this kind of pieces and study how this phenomenon can behave, studying it, not only regarding marketing.”

In Cuba, engraving has successfully overcome that limitation and it has been mostly because of the creativity of the artists and institutions like theExperimental Graphic Workshop that has been essential in the irradiation of that artistic current. A union spirit exists in the engravers and makes their work healthy and has influence on the circulation of its expressive versions.

“Long ago engraving was the one that made possible that the same image could multiply from a cast – Calvo says -. With the digital era this cast changed, as well as the supports and it is already possible to multiply images from a picture, a video or certain facilities that the artists can publish again and again. Those techniques – have transformed into a possibility of a possibility of a more and more recurrent creation for the artists, but there are many of them that are interested mainly in engraving. Engraving and the concept in itself of the multiple original is present inside the processes of creation of the Cuban contemporary visual arts, even when there is an evident technological renovation. Nothing replaces the pleasure of feeling wood or metal in the hands.” 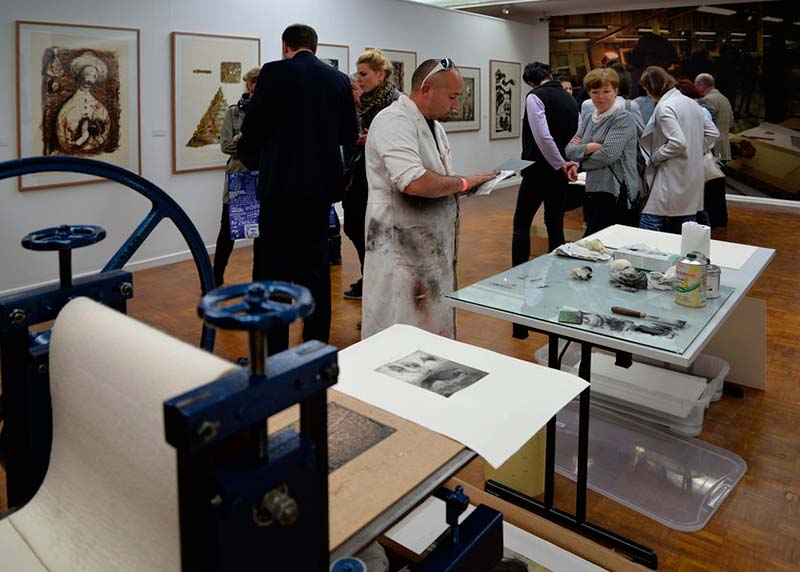 In the last years Octavio Irving, a young engraver but with an intense experience in that specialty, has been the head of the Experimental Graphic Workshop. About his position he has said: We are constantly assessing and dialoguing about the quality and the nature of the diverse artistic projects and we analyze how those proposals can be carried out in the Workshop and to exhibit them in our gallery. We have a wide space to generate diverse types of activities that go from the creation of the graphic work, with emphasis in experimentation, to the exercise of marketing and the particular or collective promotion of the artists.

Also, there is the aspiration to make even closer the links with the art schools, the San Alejandro Academy and the University of the Arts (Superior Institute of Art). This is another a step to reach the most complete training of artists.