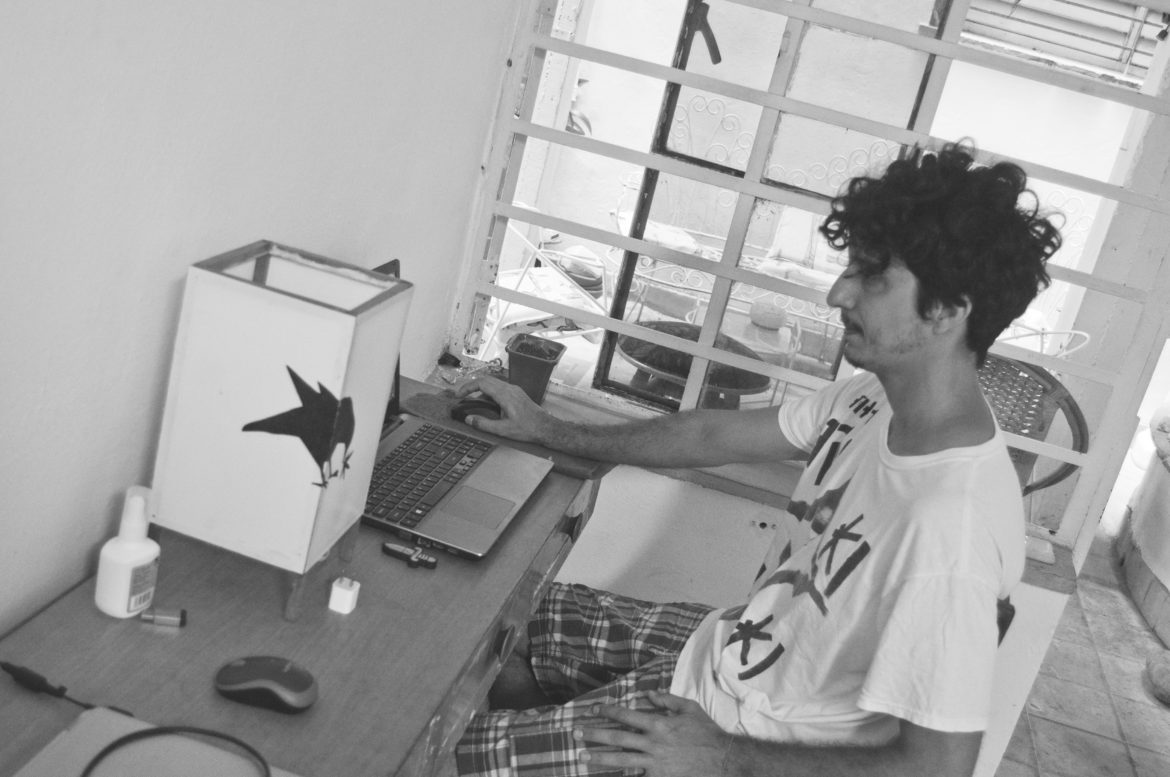 A part of Julio Llópiz creations may seem too simple, or too obvious. The artist takes elements of everyday life, often waste material, and places them in a neutral context, away from their more or less natural implications.
A disposable blade, a piece of paper, the pieces of an old floppy disk … located in clean, almost aseptic spaces.
Julio refuses from artifice, from the construction of far-fetched senses, from metaphorical emphasis. He wants to empty the continent of content, as if these objects (which could mean a lot and that are part of the collective heritage) “were worth” only by their appearance.
It is definitely a pact with the viewer: although it starts from a concrete and perfectly identifiable visuality, it aspires to abstraction.
Some of the pieces may “translate” certain moods … but maybe not, they simply integrate a sober, minimalist, balanced composition.
The stupefaction or the strangeness of the one who looks is part of the game. Complete, in fact, the meaning of each proposal.