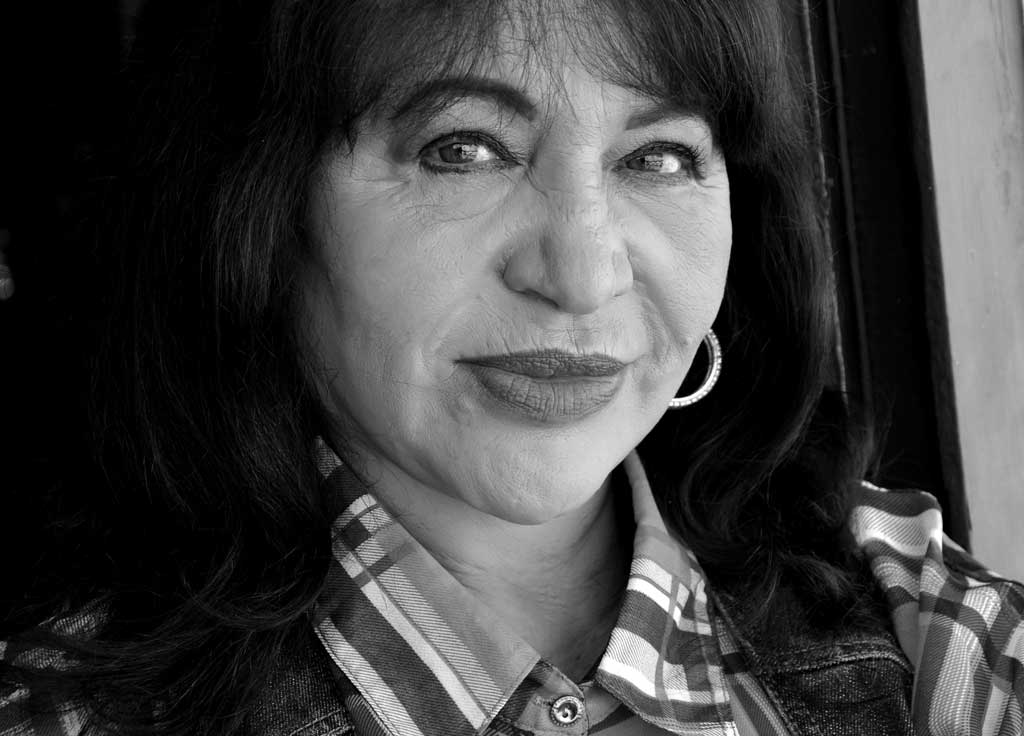 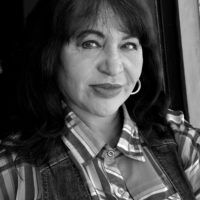 Between Lucidity and Frenzy

Zaida del Río’s career has been consistently frenetic and ascending. Critics and simple observers, trained pupils and people just beginning to look into the world of art (each with his experience) find in the work of this Cuban not only convincing reasons for admiration and brilliance, but, above all, the aesthetically consolidated projection of a sensibility.

From near or from afar, in one medium or another (painting, drawing, engraving, ceramics and performance), Zaida has achieved what is for many others denied: a distinctive imagery, a mark of identity. Throughout the trajectory of her career, from the initial stage to the present, her creative evolution has maintained itself with constant elements that are manifested in her capacity for invention, the lyrical display, and the exhaustive elaboration of her projects

She has explained this state of lucidity with the following words: “My soul awakens at the precise instant when day and night meet.

I would be guilty of reductionism if I were to establish a direct link from the artist’s origin and education and her results, but the biographical references and social environment in which her work matured should not be omitted. 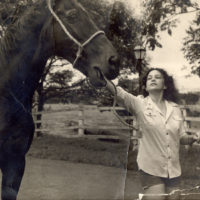 Zaida is of peasant origin. She opened her eyes and took her first steps in Guadalupe, a cheerful rural area in the center of the Island, ten kilometers from the nearest urban center. Both the familiar coexistence with simple working people and the contact with wildlife nourished the artist’s talent and planted experiences that would never cease to appear in her works.

With her vocation for drawing, she benefited, like so many others, from the proliferation of specialized teaching institutions in all the country’s provinces as a result of the inclusive educational and cultural policies initiated by the new Cuban authorities in the 1960s. Zaida entered the Provincial School of Art of Cienfuegos, in the center-south of the Island, in 1967.

It was a period of learning the basics of the craft, with academic discipline and interaction with adolescents who, like her, wanted to become artists but had to prove they had strength and talent to succeed. It was also the discovery of the rhythm of urban life, of the solidarity among students, of the assertion of internal strength.

The latter factors emerged with greater intensity when, given her promising aptitudes, she was admitted to the National School of Art of Cubanacán in Havana (ENA); the highest level of professional art education at the time.

She studied there from 1971 to 1974, completing what she had learned in Cienfuegos. She had first-class teachers who were among the first generation of graduates of the ENA, such as Tomás Sánchez, Luis Miguel Valdés, Nelson Domínguez, and Ernesto García Peña. But just as important as that instruction was the endearing relationship with the illustrious and popular city, the Malecón and cultural centers, her classmates and poets, classic dance and myths of African origin. 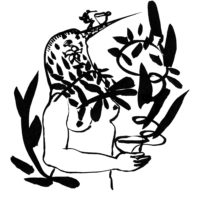 The Zaida who temporarily returned to teach in Santa Clara after her graduation, who in the early 1980s improved her artistic gifts at the Higher Institute of Art, who later attended the École des Beaux Arts of Paris to draw from the sources of a tradition and confront her roots with the cosmopolitan ambience par excellence was, essentially, the teenager who became a young woman at the ENA: an artist who knew she was free to conquer the world without ceasing to be herself.

The confident stroke, the perseverance when facing the artistic event, the ingrained sense of belonging, the coherence between poetic spirit and compositional rigor that stand out in her work had been mastered then and is part of her style and character.

Neither post-modern winds, nor the constantly changing fashions and temptations of the market have separated Zaida from what she has wanted to be. Take it or leave it, she appears or disappears from the official prizes and acknowledgments. But it is not possible to avoid the fact that she is owner of a path she walks proudly, accompanied by her clarity and luminosity and protected by the principles she defends.

This movement has taken her to countries near and far; to dialogue with different cultures; to breathe unusual atmospheres; and to widen her creative horizon coherently toward literature, music, applied arts and performance without abandoning her deep-rooted personality.

An example: in 2009 she traveled to India, exhibited her paintings, lectured on Cuban art, toured New Delhi, visited sanctuaries, became enthusiastic about the philosophical spirituality of the country’s traditions, exchanged knowledge, painted an allegorical work dedicated to Indira Gandhi, and ended up incorporating that experience as the Cuban who will never cease to be Zaida del Río.

Another example: as a student in Cubanacán she escaped from the boarding school to dance to the popular music orchestras in the clubs of Marianao Beach. In 1994 she joined choreographer Lídice Núñez and the ensemble Danza Contemporánea de Cuba to produce the piece Terriblemente inocente (Terribly Innocent) based on the figurations in her painting. It was not enough for her to have been the source of inspiration and collaborator in the staging; she also danced at the opening performance.

Poet Arístides Vega Chapú has said about her way of facing life: “As she 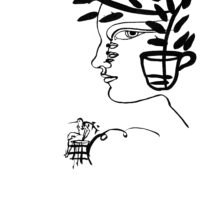 herself has recorded in her painting a magic world in which men, saints, plants, and animals speak and testify about the existence of a superior or real beauty, she has succeeded in proving to herself that it is possible to transform everything that surrounds her, from the most insignificant objects to the most necessary and essential ones, with that enviable ingenuity to overcome all kinds of obstacles or requirements.”
Assisted by such impulses it is impossible to divide her work strictly into periods. It is not, as in other cases, a relay race in which thematic cycles are opened and closed. One could rather speak of a kind of palimpsest, as one motif leads to another, and a third and a fourth superimpose over them.

From transfigured landscapes to signs of the Zodiac, from the Tarot to the hearts, from the earthly incarnations of the orishas to the celebrated woman-bird, the creation of the myth and the delirious anxiety traverse everything she does with a mixture of intensity and lightness. 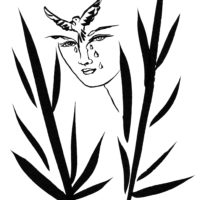 Cuban intellectual Reynaldo González warns that, when assessing the iconography of Zaida, “The experience and the dictates of her imagination merge without deception. . . . She does not appeal to the explicit; to themes that become hollow with repetition, nor does she settle with repeating learned formulas. She prefers the surprise, the passages she discovers when painting; and she is the first one to be dazzled with the possibilities offered by the brush and the union of forms and co
ors – an unceasing game.”
The feminine element is in the foreground, not as equalitarian demand or gender discourse, but simply as human condition. Evidences of that are in the paintings selected to be exhibited in Zurich. Observe La triada (The Triad), in which a subtle Oriental element is expressed in highly refined keys. See Espejo de agua (Reflecting Pool), a purification ritual that escapes the logics of the time. Confront Siembra (Sowing), which in a minimum surface displays the choral ambition of a gineceo without borders.Sometimes colors explode and a festive, even impudent spirit invades the canvas. Sometimes also the chromatic restraint holds back the artist’s natural baroque spirit. And as the alpha and omega of her approach: the drawing, the cult of the line.

Someone asked Zaida if she had ever dreamed of flying. “I look at a window and all I want is a pair of wings to go out and see everything from up above,” she answered and remained silent. Behind, in each one of her works, a flight in spiral form reaches the stars.