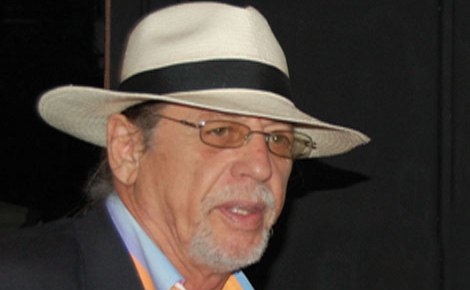 The Shades of a Temperament

Gilberto Frómeta’s painting belongs to the imagination of quite a few generations of Cubans, including mine. I followed his work with interest and admiration since I was a young man interested in the visual arts; way back then I understood that his painting is an act of faith. Time went by and Frómeta became famous to critics and experts – I would say even more – one cannot write about visual arts in Cuba and ignore the poetics of this artist who is recognized to have occupied a distinctive and original place in the island’s art.

In his exhibition Tropical Light, Frómeta once more shows the mastery of his abstract painting. It should be added that he has no less expertise in figurative work, but that theme should be handled at another point. From the first glance, one recognizes in these pieces aspects of his previous work, precisely the one that made him well known in the Cuban painting scene. It could be said that it is like the elaborated sediment, the presence of a style refined with the years, or better yet, the result of maturity in its fullness now displayed in a discourse constructed for the occasion. Textures and colors, veins and arteries of the image are laid bare; stripes of colors that irrupt like cuts on the canvas surface; superimposed layers of shades and tones, drippings of colors – in short, signs of violence in the images that harmonize and attain balance in a talent that does not resist domestication by the orthodoxy of art. There is no restraint in these pieces, but indeed a sense of composition that prevents the distinctive features to overwhelm or disrupt the final result. The artist’s pure temperament is captured in each painting.

The artist’s subjectivity nourishes his style; in this case it is his emotion that dictates the strokes. The mystery of color; the cryptic nature of abstractionism encourage the poetry contained in the metamorphosis of the images in his paintings. Some works have been implanted with pieces of jute (or sack) fabric, which grants them additional uniqueness. The geometrical aspect is also present – not to define, but acting in support of the images; it is perhaps the central element of the composition.

Frómeta’s abstract painting does not ask questions about the frontiers of art, something that belongs more to the attempts of the so-called conceptual art (from Duchamp to the present); what it does is to exercise freedom of creation within those limits. Neither does it question itself about the limits of abstraction, a genre that became academic at a given point in twentieth century art. Therefore, I insist, what our artist’s abstract painting intends is to recreate to the convulsions the meta-language of abstraction. I could state that his work was always a denial of that odd idea that decreed “the death of painting”. Instead, it is a vital and expressive painting; signs ranging from the silent blue (evocation, of course, of the Caribbean Sea) to the striking red and similar, going through gradations of the dark shades – a gradual descent to the shadows, the luxury of gloom. They are signs that crescendo from the silent murmur to the uninhibited shout of Pollock.

These paintings evoke various sensations in us; one of them is the idea of infinity, often associated with abstraction. “The infinite is demonic and borders the romantic vertigo.”, said Octavio Paz in reference to twentieth century abstract painting. This assertion and my knowledge of Frómeta’s work lead me to suppose that he is one of the old school romantics, a creator in search of the totality of signs. The artist fills the empty space with blood, with fury, with the sharp remarks produced by the most passionate creation, with his character. The work features poetry of movement and transmutations of color, lyrics of a frenzy that does not stop until the conscious abandonment of the piece.

The visual discourse of Tropical Light, its essence, is rhapsodic. Gilberto Frómeta has recreated the diorama of lights of varied intensity characteristic of the Tropics in this exhibition. There is light on top of the colors and underneath them; supporting, fragmenting, and illuminating them. Light is like the latent soul of the pieces of the exhibition. The artist has chosen the solar luminosity of these latitudes and has materialized them in paintings that synthetize and express the Dionysian nature of the Caribbean Sea or of Cuban art, of which he is one of its indisputable masters. 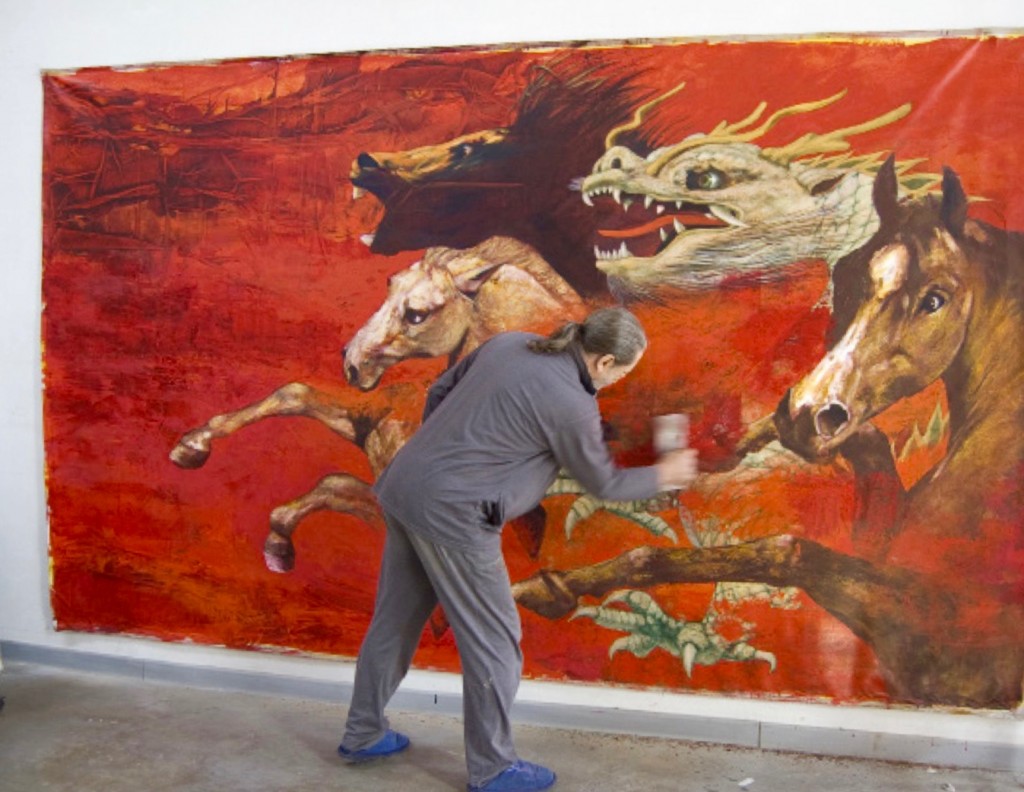