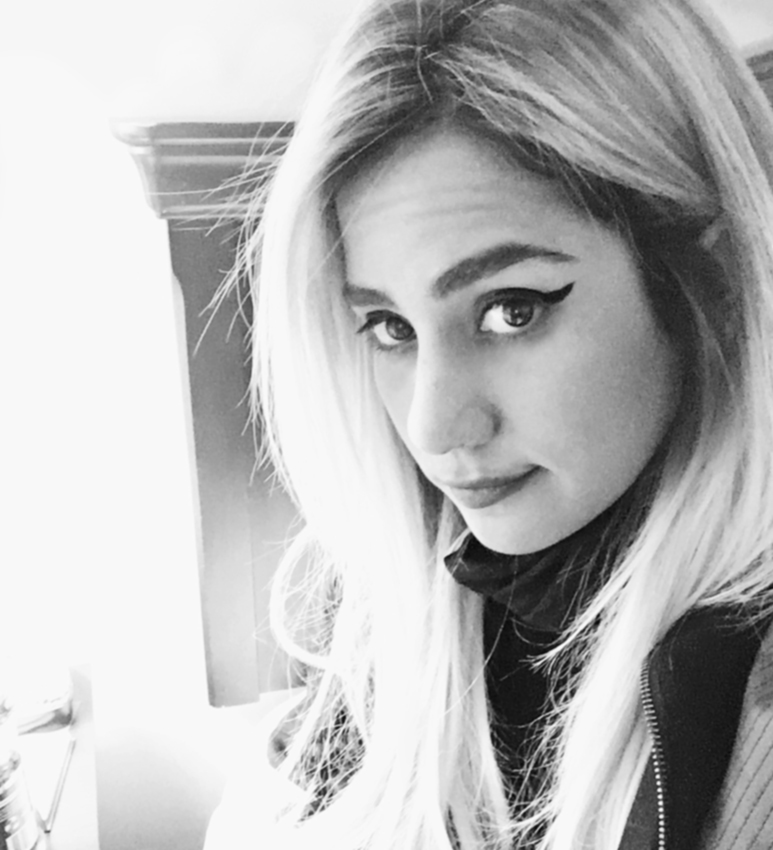 Osy Milian (*1992, Havana) places images of herself in the center of her paintings. They are obviously not traditional self-portraits, one of the most established genres in the history of western art. But whoever sees these works will remember the words of Pablo Picasso: “At first, self-portrait is a apprenticeship and later it becomes a representation; here is how I see myself, here is how I think I saw myself.”

The artist represents her personal experiences in a very distinctive way. She calls “Fragments” both the group of works and, of course, each one of them separately, which may suggest links of a broken chain that the viewer must either put together or for which he must find a meaning. Many people understand fragmenting to mean taking apart, dividing, or breaking up a unit. Here, however, the fragmentation is only a pretext for the self-representation of a life’s moments; experiences of the artist as an individual, and at the same time as a person who communicates with other parts of her generation’s group memory.

This is how one arrives at the conclusion – one of the many possible in the face of the diversity of arguments she proposes – that Osy is much more interested in creating the sensation of a shared mystery rather than the certainty of a temporary truth.

That projection is partially due to her appropriation of pop art expressions with the same free and easy manner with which that movement has been understood in Cuba since the  1960s when Raúl Martínez, an internationally renowned master, went from epic figuration to the colloquial and daily narrative within the pop orbit.

Although in the case of Osy Milián one is inclined to associate certain of her – nowadys rarely applied – representational methods with those employed in his day by the Dutch painter  M. C. Escher.

In addition to Osy Milian’s self-representation, all the works manifest an evident interest in publicly exposing her private life, an impression that intensifies as one looks at the pictures. It’s as though the artist had decided to open up to the audience, to reveal her angels and demons – fragments of her own existence – to confront her own privacy with the audience’s.

One must also take into consideration that the artist is not just representing herself, but offering an interpretation – at times lyrical – of the images that obsess her. These are other fragments: other pages of her diary, observations where reality mixes with dreams and vice versa.

Thus, a strong chromatic gradation stands out in these medium and large format acrylic canvases. One recognizes her need to find herself, alienated for a moment in Osy Misses You ; the possibility of physical displacement through a bird’s flight in Non-geographical Dimension; or the ambiguity of Displacement, where the young woman contemplates the flight of a bird… is it the bird that flies away or her thoughts that go with it?

Birds appear repeatedly as symbol of journeys, of covering a distance, of freely moving from one place to another in all the above-mentioned works, as well as in Birds  – a nest holding small birds –, and finally in Splash – a bright-feathered flamingo in midst of a beautiful and colorful vegetation.

I like to think of Me  and You as a soft-colored diptych; at first sight Beat Me could be a strictly self-referential piece, but the flower introduces a visual element that shows a way of seeing the world that is connected with certain post-modern readings from the times when pop was a fury.

In Self-portrait, her head and hair are totally covered; only her eyes are to be seen. She needs nothing more; those eyes express the living intensity of the character, of the artist herself. Insomnia  strongly approaches poster design with the use of graphics.

Fragments is an exercise of shameless artistic voyeurism, a visit to the physical and mental intimacy of a young artist who invites us to meet her. 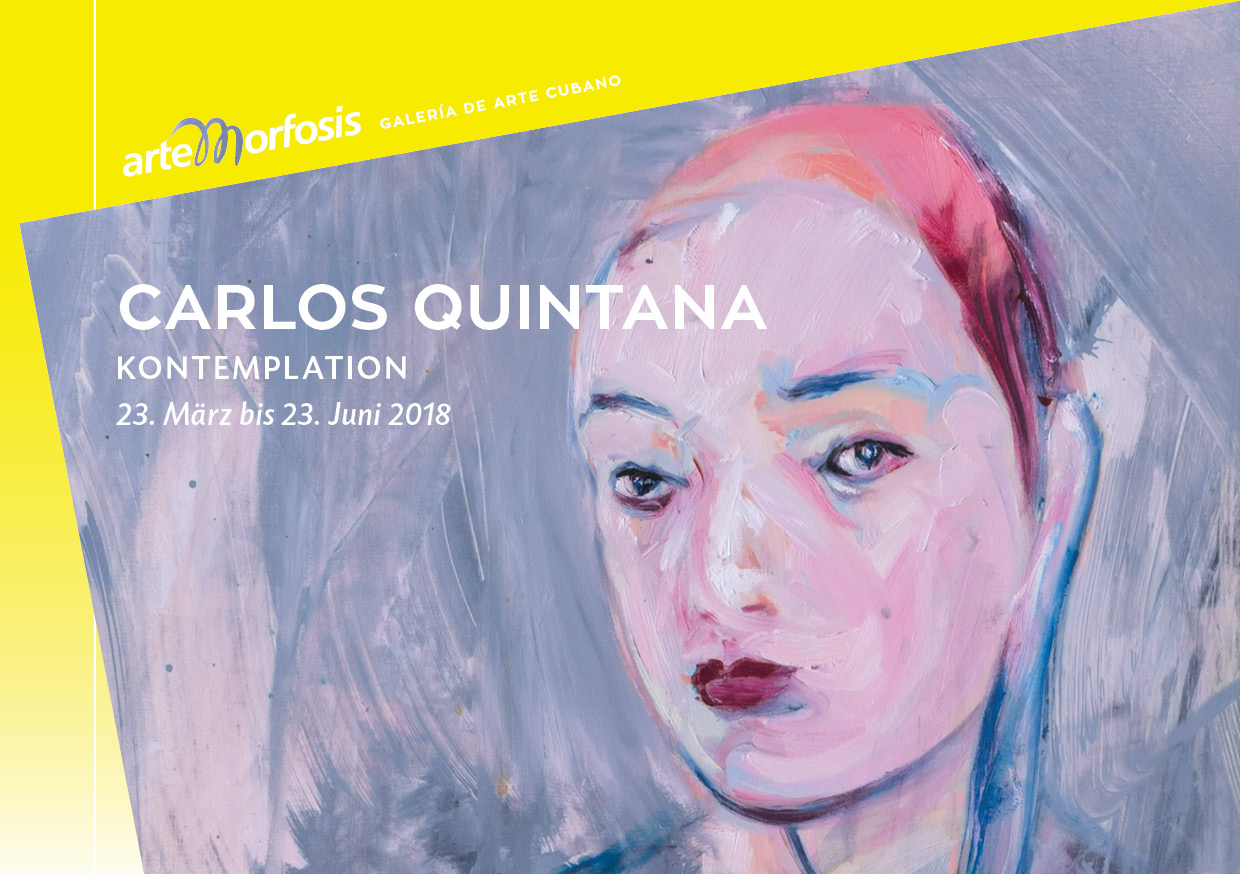 Carlos Quintana: Contemplation as a synthesis of Santería and Buddhism

Carlos Quintana is one of the most internationally renowned Cuban contemporary artists. His work is influenced by many cultural influences, both of his home country and from his living and traveling abroad 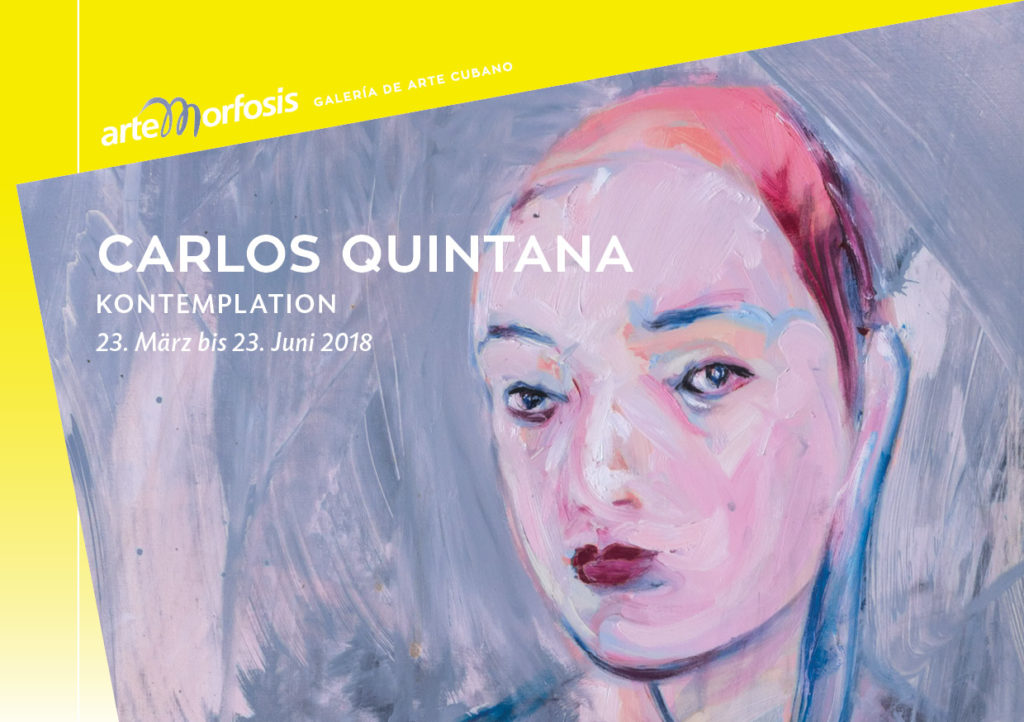 Carlos Quintana: Contemplation as a synthesis of Santería and Buddhism

The figures and portraits of Quintana have in common a self-contained attitude: the distance, emotionless facial expressions and the barely comprehensible gaze, which characterize the figures of Carlos Quintana, testify to a kind of introversion or rather to contemplation. They are focused on something that seems to be outside of the visible or internally. The figures are often depicted against a contrasting colored background and without a concrete environment: whatever is not relevant for the “contemplation” (the title of the exhibition) is consequently left out by the artist. Much of these artworks remain implicitly, “unfinished” and thus develop a peculiar force, as it stimulates thought and imagination – thus animating the audience to continue the process of contemplation initiated by the artist into and for himself.

Carlos Quintana was born in 1966 in Havana. As a young painter and autodidact, he came into contact with contemporary Cuban artists and from then on took part in exhibitions. In 1993 he emigrated to Spain and stayed abroad for more than 10 years. He traveled widely and exhibited in Venezuela, Costa Rica, Mexico and the United States, among others. During his travels and exhibitions, he consolidated his work, which became increasingly independent and finally earned him international recognition. Since 2006 he lives in Cuba again, but he travels all over the world. Meanwhile, he has become one of the internationally most recognized Cuban contemporary artists.

More About the Artist